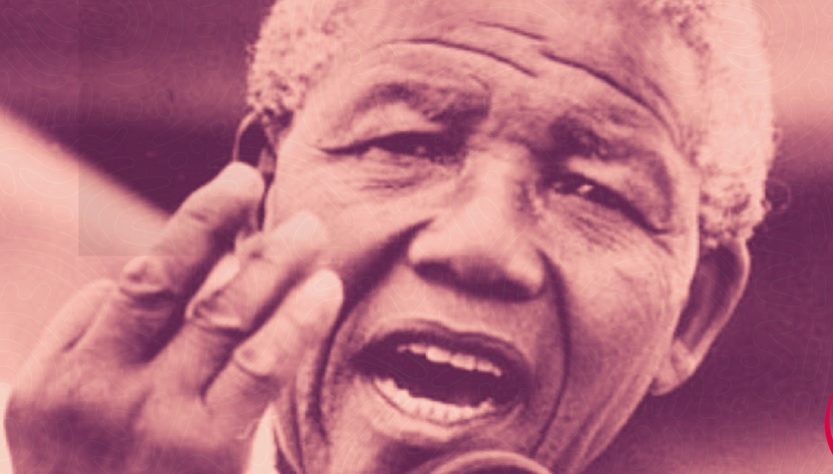 9 May 1994, all eyes of the world are looking at ONE place, listening to ONE man, and all through the South African land, the Sound of Freedom resonates. Apartheid is gone…The suffering is now ended…AFRICA RISING, AFRICA IS SHINING and we welcome our MENSAH, our own Special JESUS, Nelson Rohlilala MANDELA.

Two weeks ago, I was reflecting on the next article to post. After the two historic chapters of my African story had been written, next chapter on the plan was planned for a story of hope, a story of pride and love, the story of Madiba! And……THE news came in, our IGWE had left forever.
The post became an evidence, though one of those hard ones! Indeed, what to say, what story to tell when all radios, tvs, newspapers, or hot bloggers would be going through the tiniest details of his life?
Then, I remembered the theme, a story of Africa and I was like « Eureka »!!!
When I read a « Dangerous Love » from Ben Okri, when i remember his words « Dans les rêves commencent la responsabilité », I hear, I feel, I dream for a better future for Africa and who better than Nelson, represented this dream?

Indeed, The man not only dreamt about HIS better future, he made it happen! Between the late eighties and early nineties, the sirens of Freedom, political freedom, and multipartism were growing bigger all around the continent. Citizens felt like they had given in too much more than 20 years after independence, with very little return on investment

In South Africa, the battle went even further. Indeed, the apartheid system (though condemned all around the world) had deprived a significant part of the population from its basic rights.  The Rainbow Nation was suffering with very few hopes for improvement. At that point MADIBA’s life story takes another angle:after 27 years of jail, after 27 years of bad treatment, the king is liberated. He is then able to bring his outmost dream alive. Apartheid is over, the Rainbow Nation fully accepts its differences and accepts to stand behind this ONE MAN for a better future.

However, if we want to remember Mandela, we must also remember all the other figures who gave their life for the dream to come true. I will choose  to remember Stephen Bantu BIKO commonly called Steve BIKO, renowned anti-apartheid activist,  creator of the slogan « Black is Beautiful » dead in 1977 under police custody. I will also  choose to remember the massacre of SOWETO on 16th of June 1976  and all the young students who gave their life to protest to an inic school system, thus fighting hard for their rights.

From this long freedom fight in South Africa and from all the other fights of the same nature around the continent, I keep in mind some few principles:

Nelson Mandela has written a long page in the history of Africa. But in his case, it is not just him but all the south africans people black or white who once said NO to apartheid, NO to racism, NO to felony. In consequence, MADIBA stands for all those across AFRICA which are striving for a positive change. He stands for all those who want the change, despite corruption, dictatures, etc.

Personally, I have learned the lesson and sharing with you guys through this blog, is my personal step. This is where it starts  for me.And what about you dear readers? What are your personal steps  to create a brighter future for AFRICA ? Festive season is just the right moment for this kind of introspection. Feel free to share HERE.