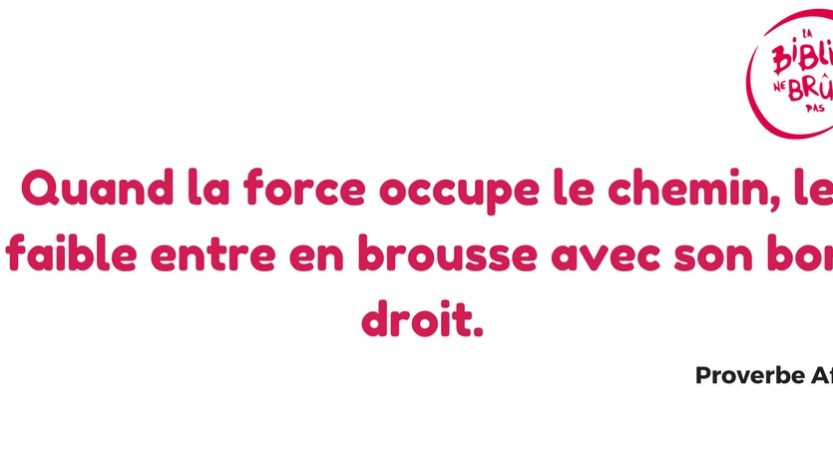 We used to have a weekly rendez-vous called « La Citation du Lundi ». Principle was I would share a saying, and just do some divagations around it, all for your pleasure. It’s been months since I last fell into the trap. Somehow, this used to be an appreciated space. So let us just try to go back there and let me know in the comments, what you think about it? Ok?  (for the French Readers, there is Google Translate or, you can come back next week or read some of the past articles in this category).

Getting back to business, today, I thought I was a king (kings are full of strength). And if I was a king, there are many things I would like to do, because, based on the African saying below, when you have strength, you can just do anything you want, even when you are wrong (or especially when you are wrong)

Therefore, if I was a king,  I would decide that every woman in the kingdom whatever her age and whatever her marital status is mine. Women would be puppets in my hands and I would make fun forever and ever.

If I was a king, I would act as the personal representative of God, taking advice from no one, deciding everything by myself and choosing alone who is right or wrong. To ensure, I chose you as right, you would need to give me some more money (yeah, I would never have enough).

If I was a king, I would represent strength and without any doubt, the weakest people in the country, the poor, the orphan, the widow, I would have no mercy on them. They would not be able to pay me anyway, so why should I care about their rights. They would just have to get out of my way and let me to expose my strength.

If I was a king, money would be my other king. God would just be the friend that has to accept me whatever I do.

There are many of those kings and we tend to consciously or unconsciously accept them. Their strength is scary or attractive for the least. Yes, we are invaded with those kings and the saying has never been as right,  » le faible entre dans la brousse avec son bon droit ».

This was the Monday Saying, or in order terms « La Citation Du Lundi » back on your special space. Hope you enjoyed it. I will love to read your comments, and if you really did like it, don’t be selfish, spread the love.