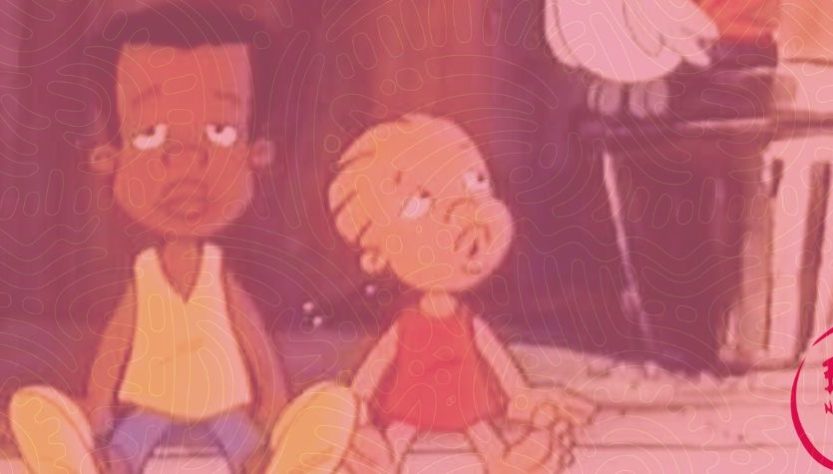 Here We go with another tour in my memories with this special « Throw Back Tuesday ». For all the children born in the late 80’s and the early 90’s somewhere between Senegal & Democratic Republic of Congo (in that order and considering all the countries on the way) must have heard about « Les aventures de Kimboo & Kita » , in English « Adventures of Kimboo & Kita ». The above generic was a signal to nice moments each time you would hear it.

Kimboo is a boy and Kita his little sister. They are originated from a small village (Yampoupou) in Ivory Coast and their story led them through many different geographic spaces all around the world: Abidjan, the former capital city for Ivory Coast, Senegal and its Gorée Island, Paris and New-York with a most to be remembered episode. The soundtrack is very jazzy (full of Manu Dibango’s tracks), the two children are incredibly funny, especially Kita, always running around her big brother which she (so) admires. A few other characters enlighten this cartoon: Aka, their parrot (intelligent and bananas lover) which follows them everywhere and two gangsters (Have you ever seen a good cartoon without its bad guys?) which always tend to be stopped in their evil deeds by the trio and their friends.

« Adventures of Kimboo & Kita » was one of the few cartoons dedicated to Africans at the time. Its authors used it to depict some of the miseries of Africa (ivory illegal traffic, slavery, hunger, etc) always in a light and energizing way (things can be better). I also believe it was one of the first ever cartoon or movie which I saw showing the hard side of immigration. Years later when I would travel, I would often use this example to tell friends how difficult living in Europe could be. On top of all, the cartoon conveyed a positive image of Africa and its values/characteristics: humility, respect of the elders, generosity, simplicity, warmth and openness.

To all those who did not have the pleasure to watch « Les aventures de Kimboo & Kita » when they were kids, Youtube is there. It is in French. Still it is never too late to discover a new language. To all those who did watch it, do share with us its positive impact on your childhood.

In any case, I am sure you can confirm that I am indeed respecting the editorial line of the month: fun, happiness and sharing! Enjoy!!!!