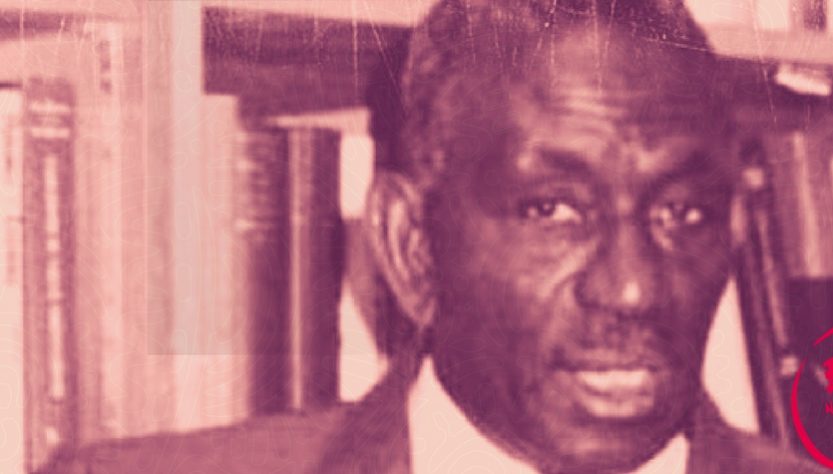 Cheikh Anta Diop. Did Africa once have a more fervent child? Did Africa have a more visionary child? Politician, he was not so much. Writer, he was, historian as well, economist, I could say yes and so many other attributes which would be too long for this article.

In this month’s editorial, I mentioned that upcoming weeks would be dedicated to the celebration of “Africa, the cradle of humanity”. In this instance, I went on reading one of the several books written by Cheikh Anta Diop. The French and original title is “Les Fondements économiques et culturels d’un état fédéral d’Afrique Noire”. Indeed, Anta Diop was one of those thinkers who believed in the possibilty, and the absolute necessity for Africa to take control of its destiny and to imagine its future in a completely unconventional and independent way. He has not been the first to defend this view, still this book initially written in 1960 Is a jewel.

It is a visionary book. Several times, I stopped reading, wondering how true, how precise, one human being could have been in foreseeing the future. Reading  “Black Africa: The Economic and Cultural Basis for a Federated State ” is a must for every African truly wiling to change the continent. This book tells in simple words the path we should have followed to restore to Africa its strength, its power and its complete independence. Several times, I stopped, focused on a critical element: people. The people and especially the politicians we have are the exact contrary of the ones we should have had to achieve the expected change.

I finished this book in a few hours, feeling somehow sad but at the same time hopeful. Hopeful because change starts with a vision and reading Cheikh Anta Diop, we have at least vision to stand by. Hopeful because some areas of Africa are progressing and they are effectively copying some of the hints he mentioned. One of these critical hints is the establishment of a national African language, a language that would be used by the government, for laws, for schooling and would not be English or French, or any other language imported from colonization. A great part of East Africa has taken the strong stand to use SWAHILI as the national language and it has definitely done them some good. On economics aspects, we have lost much time and will need to fight hard to get back the control but I strongly believe all is not lost.

Reading this beautiful book from Cheikh Anta Diop, I stayed convinced that Africa Is the heart of humanity. I am Proud to be originated and to live on this continent. Things are far to be the way they should. We should be very conscious of the lapses and start fighting against them. We should be more conscious that capitalism is not the standard solution (even though I am not sure complete socialism is the one as well). We should be fully proud of our languages, culture and heritage, unique and glorious.

If I had to state here all the learnings from this small book, I would write just another book. Still, I deeply encourage you to discover Cheikh Anta Diop, his words and his thoughts for Africa. If you love the continent, these are some of the figures you should know.

One of my favorite music group, the Nubians designed a perfect ode to this great man. Just listen to this song of praise, and open your minds to the man, and to his thinking.  Stay blessed peeps!