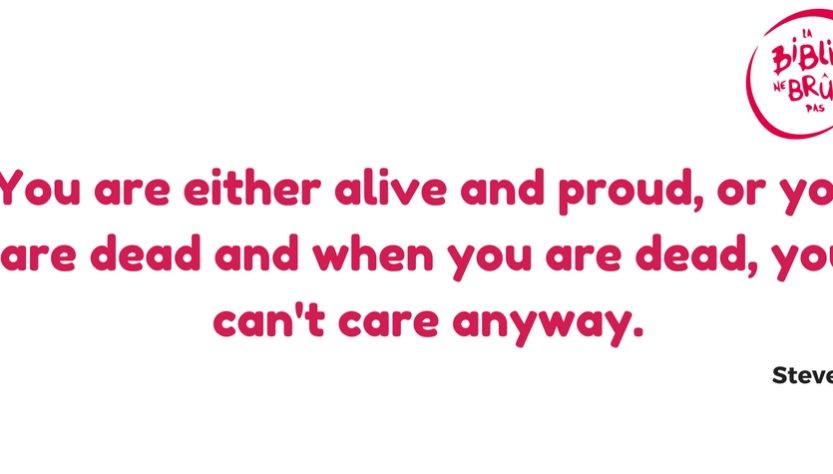 In Seven days, we will be celebrating the African Youth Day. It stands as a powerful testimony to the fight against Apartheid and you will be reading much about this thematic all through the week.

As a reminder, The Oxford Dictionary defines « apartheid » as « an official state policy esp. that operating in South Africa until 1992, of keeping different races segregated ». This system defined living in South Africa during a long & sad period. Against this hideous system, many are those who stood up. Stephen Bantu BIKO remembered as Steve BIKO, was one of those.

His fight started hard in his University Days. He indeed became President of the first BLACK-ONLY students association: the South African Students Organization (1969). It was his platform for the development of the « Black Consciousness Movement », as his was among its creators.

He believed that Black People should first and foremost take back control of their minds, their psyche before expecting political control. This meant they should be able to consider White People as human beings just like them, not superior.

He did fight hard for his beliefs. He did made all his best to EMPOWER the greater number, especially the youth. He would be at the origins of riots in the townships thus, provoking government hatred. In June 1976, a general insurrection in the Soweto townships leads on 16th of June to a slaughter which drove protest all around the world.

Consequently to these events, the fury against Steve Biko grew stronger. After being banned of public statement, he is arrested on August 18th 1977. He is tortured in several locations and finally transferred to Transval where he will pass away on September 12th 1977 (natural death as from official statement) at 30 years old.

A symbol is gone but the fight will continue. Nelson Mandela at the time was already in prison. The rest is history!  Biko was not only a symbol for South Africa. His thoughts on Black Empowerment would inspire generations all around the world.  The fight for against racism and any other form of racial discrimination remains on-going all around the world. Find below some inspiring quotes from this eternal warrior.

« You are either alive and proud or you are dead, and when you are dead, you can’t care anyway.«
Steve Biko- On Death, I Write What I Like, 1978. Source: Quotes- Stephen (Steve) Bantu Biko , Alistair Boddy-Evans, About.com/ African History.

« The most potent weapon in the hands of the oppressor is the mind of the oppressed. »
Speech in Cape Town, 1971.  Source: Quotes- Stephen (Steve) Bantu Biko , Alistair Boddy-Evans, About.com/ African History.

« Merely by describing yourself as black you have started on a road towards emancipation, you have committed yourself to fight against all forces that seek to use your blackness as a stamp that marks you out as a subservient being. »
The Definition of Black Consciousness, I Write What I Like, 1978.  Source: Quotes- Stephen (Steve) Bantu Biko , Alistair Boddy-Evans, About.com/ African History.

His Spirit Lives In US! XoXo